Although I do have substantive posts actually planned, I suppose I reserve the right to brag that yesterday at Crown Tourney in the Montreal area, I was inducted into the Order of the Maunche, which is the highest honor given in the East Kingdom in arts and sciences. I received it for my research and teaching of Roman and Byzantine clothing.

I was so tired at court (seriously guzzled coffee as fast as possible before I stood watch as Queen’s Guard) that I apparently didn’t show much emotion, but I do remember going, “Ahhhh, I can kneel for a bit.” Priorities. -.-  So, for those that were like, “Wow, she seems out of it.” I kind of was, but I was very excited, and still am. Thank you all for the recognition, and I hope to do my best to represent the order. 🙂

My medallion, made by my laurel, Mistress Clotilde von der Insel…which was backed with the orange fabric leftover from my Bucs dress. That was carefully acquired (see also: asked for) by Geoffrey, and snuck down to Rhode Island. EVIL! 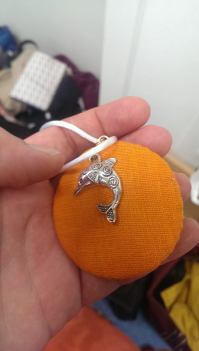 My scroll and wording, done by Mistress Nataliia Anastasiia Evgenova, who also did my AoA. The wording is based on The Alexiad. 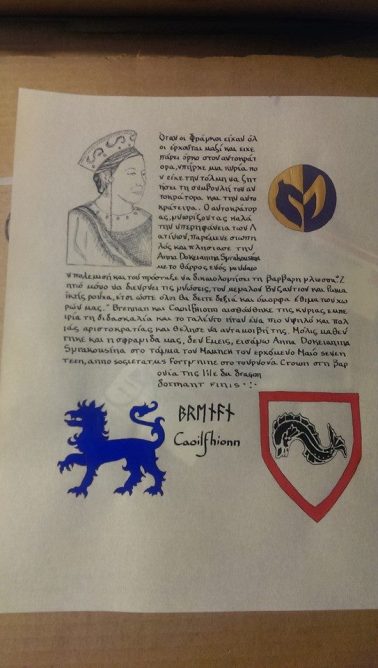 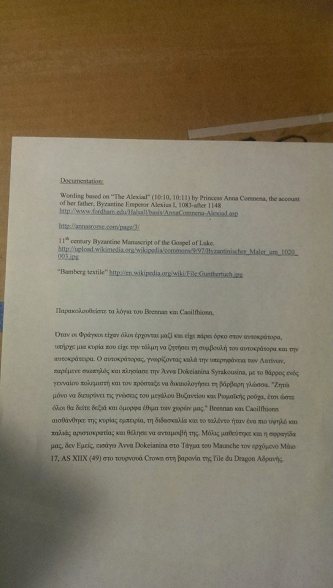 One thought on “…And they got me.”