The hubster got Roman garb. 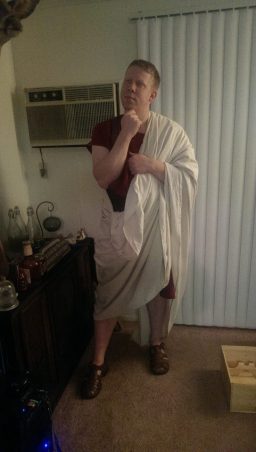 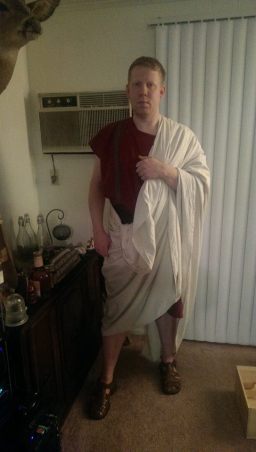 Isn’t he adorable? 😀 He looks so amused for a highly displaced 11th Century Norman!

Our upcoming coronation here in the East Kingdom is Roman-themed, so naturally, I needed to make sure that we were both properly attired. Rufus here (I’m calling him that because of his lovely ginger hair, good cognomen) is wearing a basic man’s tunic with green clavii and some machine embroidered Greek key on his hems, his kidney belt for fighting, sandals we found at Salvation Army (real caligae will be coming in the future since he’s quite bent on being authentic) and a 6 yard toga in the semi-circular cut. Nice and lightweight and easy for someone not familiar with the feeling. He still says he feels naked. 😉 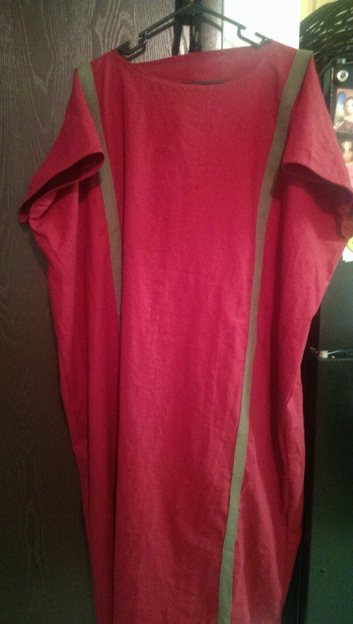