I’m using the generic term “himation” ( just “garment”) here for the overgarment shown in my source fresco. At the time, a delmatikion would have had the long exaggerated sleeves you see in my court garments. This appears to be a lesser gown. “Chiton” could also work, being a generic term for “tunic”, heck, it could also be “kamision”, but for the sake of ease, it’s himation for this one.

I basically copied what I saw, only using a different pattern than my usual to achieve the effects seen.

I mostly cut my garments simply, to allow for as much fabric as possible with minimal effort, basically, conspicuous consumption at its best. But for the common Byzantine folk, that would not have been cost effective. Fabric was woven narrowly, and garments were usually pieced much more than I do. So I went with that in mind, and cut narrow body panels, with sleeves and full side panel gores to allow for the width I needed for comfort. The connecting seam results in a nice guide for potamioi, should I be applying them. Tim Dawson has this pattern in his “By the Emperor’s Hand” book, and it’s also seen in contemporary Persian styles.

And to add to my misery (and authenticity), more Byzantine whipstitchings for all of the contrast work. 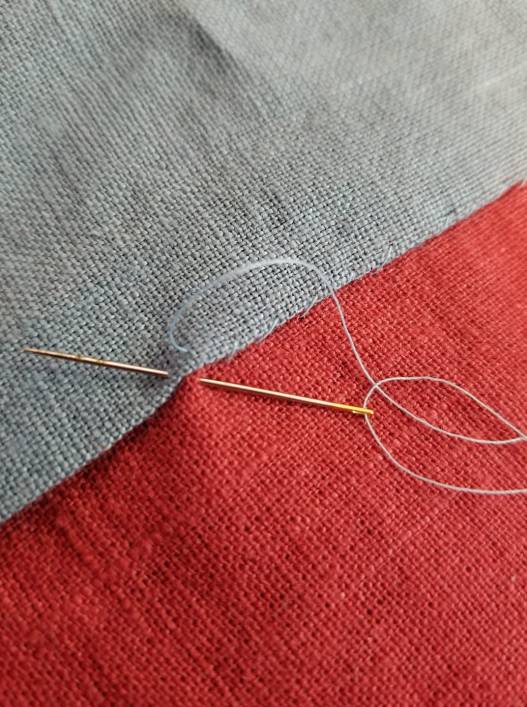 But the combo really looks sharp. And SOOOO much better belted because of the blockier shape from the seam placements. I really do not personally enjoy the aesthetic of the elongated sides because of the straight grain, but the fresco and other sources show this as a common feature, so I replicated that. This can be avoided by cutting gores on the bias. The seam placements look sharp, though, and it is so much easier than inserting a gusset, but definitely not as easy as a rounded underarm as I normally cut.

I belted it using my hand-tooled leather apprentice belt with my Syrian buckle. After hiking with it (forthcoming post), I think one of my normal cloth or woven belts would be more comfortable. Of course, I had to test the sleeves. 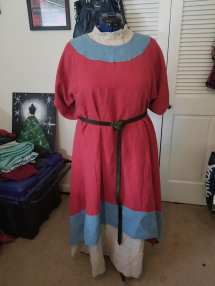 And voila, the clothing was done. 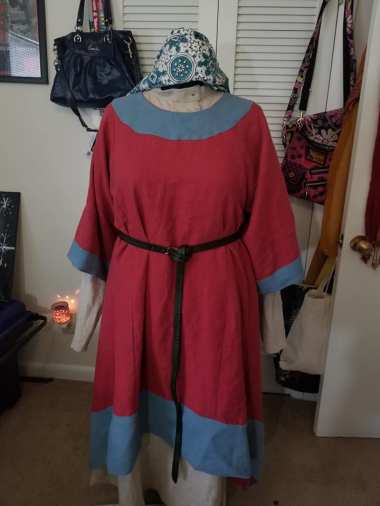 And here’s the source fresco again as a refresher. 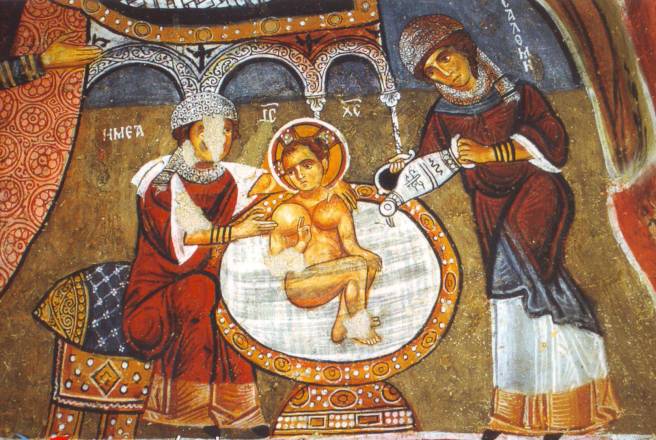